Choreographer Akram Khan is the most popular among those of his generation who are currently in the UK. Born in London in a family from Bangladesh, in 1974, he began practicing dance from the age of seven. He studied with the great Kathak dancer and teacher Sri Pratap Pawar and made his stage debut at the age of 14 in the legendary Peter Brooks’ production of Mahabharata. After further studies in contemporary dance and a period working in a project with the Brussels X Group of Anne Teresa De Keersmaeker, he gave his first solo shows in the 1990s, demonstrating its commitment to traditional kathak repertoire as well as modern dance.

Among his most famous solos are Polaroid Feet (2001), Ronin (2003) and Third Catalogue (2005). In August 2000, he founded his own company. As a choreographer in residence and associate artist at South Bank Centre, he presented with Pandit Birju Maharaj and Sri Pratap Pawar a recital performance called A God of Small Tales, a work performed by women from forty to sixty years, for which he collaborated with the writer Hanif Kureishi. He stayed as an associate artist at South Bank Centre until April 2005, being the only non musician to get this status there.

His latest work In-I is a collaboration with the actress Juliette Binoche (who was awarded an Oscar), with set design by Anish Kapoor and music by Philip Sheppard. The premiere took place in September 2008 at the National Theatre and is about to begin an international tour. Other recent projects include Sacred Monsters, created at Sadler's Wells in September 2006, which portrays the dancer Sylvie Guillem, with additional choreography by Lin Hwai Min, artistic director of Cloud Gate Dance Theatre in Taipei; and Variations, created in Cologne in March 2006 in collaboration with the London Sinfonietta, to celebrate the 70th birthday of Steve Reich. Zero Degrees (2005) is another major recent show, a collaboration with Sidi Larbi Cherkaoui, Antony Gormley and Nitin Sawhney, who won in Australia in 2007 the prestigious Helpmann Award for Best Choreography in a dance.

Akram Khan is currently an associate artist at Sadler's Wells. Winner of numerous awards, he was appointed Honorary Doctor of Arts at De Montfort University (Leicester) for his contribution to the arts community in the UK in 2004. An MBE was also awarded to him for his services to dance in 2005. 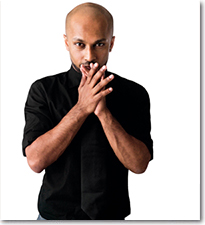