Alicia Alonso (born December 21, 1921, Havana, Cuba), is a Cuban ballerina highly regarded for her convincing portrayals of leading roles in the great works of classical and Romantic ballet. She was best known for her lively, precise Giselle and for her sensual, tragic Carmen.
Alonso’s dance studies began in her childhood with flamenco lessons in Spain. Later she studied ballet in Havana and then, at age 17, enrolled in the School of American Ballet in New York City. Having made her stage debut in the musical comedy Great Lady in 1938, she joined George Balanchine’s Ballet Caravan in 1939 but moved to the newly formed Ballet Theatre (later American Ballet Theatre) in 1940; after one year she was forced to leave because of eye problems (a difficulty that persisted throughout her life). Alonso returned to Ballet Theatre in 1943 and danced the lead in Giselle, remaining with the company for five years. She then began to tour as a guest dancer, often with partner Igor Youskevitch, and in 1948 founded the Alicia Alonso Ballet Company in Cuba, through which she became known for her artistry as a choreographer, which ranged from variations on classic works such as Swan Lake to the comic ballet A Voyage to the Moon.
Over the next 14 years Alonso danced with many companies, including the Ballet Russe de Monte Carlo from 1955 to 1959. Her own company was renamed Ballet de Cuba in 1955. In 1957 she became the first Western dancer invited to perform in the Soviet Union. After Fidel Castro came into power in Cuba in 1959, her ballet company was renamed Ballet Nacional de Cuba (National Ballet of Cuba), with Alonso remaining as its director. UNESCO awarded her the Pablo Picasso Medal, its award for notable contributions to arts or culture, in 1999.

Jirí Kylián (born in Prague, 1947) started his dance training when he was nine years old at the ballet school of the Prague National Theatre. From the age of fifteen he studied at the Prague Conservatory.
In 1967 Kylián went to the Royal Ballet School in London with a scholarship of the British Council. Here he came into contact with the most important developments in choreography - ballet as well as contemporary dance. Consequently, John Cranko, a major choreographer of this period and director of the Stuttgart Ballet, offered him a dancer's contract and encouraged Kylián's ambition to create his own dance works. In 1973 - following a first choreography for Nederlands Dans Theater - an artistic relationship between Kylián and the well-known Dutch company began, which has brought about the creation of almost 50 dance productions for this group. From 1975 on Kylián is responsible for NDT's artistic policy.
1978 brought a decisive international break-through with Sinfonietta - his choreography to the music of compatriot Leos Janacek at the U.S. Spoleto Festival in Charleston, South Carolina. The years after Charleston established Kylián's reputation as one of the most ingenious choreographers with dance works such as Symphony of Psalms, Forgotten Land, Overgrown Path, Svadebka, Stamping Ground, l'Enfant et les sortileges - to name only a few.
Since the mid eighties Kylián's artistic view and style have changed considerably towards abstraction and surrealistic images - examples begin with his 'Black and White Program', with works such as No More Play, Petite Mort, Sarabande, Falling Angels, Sweet Dreams, Whereabouts Unknown - or his dance production reflecting on a Japanese fairy tale entitled Kaguyahime.
Having created a unique and very personal style in the course of the years - Kylián's choreographies defy academic categorization blending elements of many sources. There are always new inspirations to be explored, new challenges and boundaries to be overcome. Profoundly based on musical reading - there is something in his work deeply penetrating into the mystery of the human being itself, unveiling hidden traces through his dance. 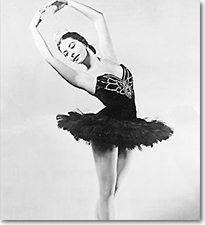