Doris Laine is a Finnish ballerina, choreographer and music teacher. Doris Laine is the brightest incarnation of classical dance in this northern country. She gained her diploma from the Helsinki school of dance.

She also attended courses at MAXY and GITS in Moscow and at the Bolshoi Theatre in 1968-1969. From 1956 to 1976 she was prima ballerina at the national Finnish Opera. Her repertoire includes over forty parts, including all the main classic ones. She has staged works such as The Abduction of Kjullika based on themes from the Kalevala epic tradition of Carelia-Finland. She has frequently sat on juries at ballet competitions in Moscow, Varna and all over the world. She currently teaches at the ballet company of the Finnish Opera, and is a member of the organizing bodies of numerous theatres in Finland and other countries. 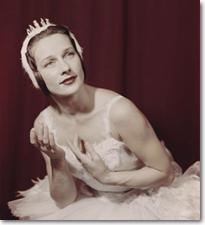