Germaine Acogny (born in 1944) in Benin , is a renowned Senegalese-Benenese dancer and choregrapher and known as the "mother of African dance".She established her first dance studio in Dakar (Senegal), in 1968 and has since become a major figure in African dance, blending contemporary dance with traditional African styles.

Thanks to the influence of the body movements she had inherited from her grandmother , a Yoruba priest, and to her training in traditional African dances and Occidental dances (classic and modern), Acogny has given birth to her own dancing technique . Between 1977 and 1982 she was director of Mudra Afrique (Dakar) , created by Maurice Bejart and the late president of Senegal Leopold Sedar Senghor. In 1980 , she wrote a book entitled African Dance published in three different languages. Acogny dances, choreographs and teaches all over the world:She has become a real emissary of African dance and culture. Together with her husband, Helmut Vogt, she founded the Studio -Ecole- Ballet Theatre du 3e monde in 1985. In 1987, she worked with Peter Gabriel on a video clip and created her solo Sahel. In 1995, she decided to go back to Senegal with the aim to create an International Centre for traditional and Contemporary African dances that would serve as a meeting point for dancers from the whole of Africa that could guide them towards a Contemporary African Dance. 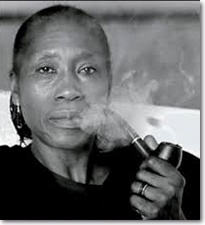