Hans van Manen began his ballet career in 1951 as a member of Sonia Gaskell's Ballet Recital. In 1952 he joined the Nederlandse Opera Ballet, directed by Françoise Adret, where he created his first ballet, Feestgericht, in 1957. He later joined Roland Petit's company in Paris. He began to work with Nederlands Dans Theater in 1960, as dancer (until 1963), and choreographer, and from 1961 until 1971 also as artistic director. For the following two years he worked as a freelance choreographer, until his appointment, in 1973, as choreographer/regisseur to Het Nationale Ballet in Amsterdam. Abroad he has staged his ballets for amongst others the Stuttgart Ballet, Bayerisches Staatsballett Munchen, Berlin Opera, Houston Ballet, the National Ballet of Canada, Pennsylvania Ballet, the Royal Ballet, the Royal Danish Ballet, the State Opera in Vienna, Tanzforum in Cologne and for Alvin Ailey.

In September 1988 Hans van Manen rejoined Nederlands Dans Theater as resident choreographer. In the meantime he has created over forty choreographies for this company. In 1991 Van Manen received the Sonia Gaskell prize for his repertoire and in particular for the three duets he created during the season 1990/91: Two, Theme and Andante. For his choreography Two, he received the choreography prize from the VSCD, the united Dutch theater directors, again in 1991.

In 1992 the year of his 35th anniversary as as choreographer, he was given a 'Knighthood in the Order of Orange Nassau' by the Queen of The Netherlands. Hans van Manen is also a photographer and his work can be admired in exhibitions all over the world. Hans van Manen was awarded the 'German Dance Prize 1993', for his influence in the German dance-world over the past twenty years. 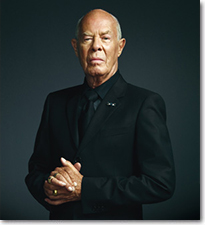