Born and trained in Buenos Aires, Argentina, Julio Bocca was Principal Dancer with the Fundación Teresa Carreño in Venezuela and the Teatro Municipal of Río de Janeiro in Brazil. In 1986, he was awarded the Gold Medal at the Fifth International Ballet Competition in Moscow, and the following year joined American Ballet Theatre as a Principal Dancer, remaining with that company until 2006.

Julio Bocca has been a Guest Artist with almost every major ballet company around the world, partnering the most illustrious ballerinas. In 1990, he founded Ballet Argentino, taking the helm as director in 1997. In addition to his current role as director of Ballet Argentino and through the foundation that bears his name, Julio Bocca established the School of Musical Theater, the Classical Dance Studio and the School of Design, Production and Direction in Buenos Aires.

Awards include: Dancer of the Year, New York Times (1987); Dance Magazine Award (1992); Gold Medal of the Arts - achievements and dedication to cultural exchange between Argentina and the USA (2008).

Julio Bocca is the Cultural Ambassador for the Mercosur (Southern Common Market). 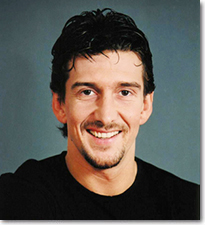