Mats Ek is a leading Swedish dance and ballet choreographer, dancer and stage director.
Ek was born in Malmö in 1945, the son of the Royal Dramatic Theatre actor Anders Ek and famous choreographer Birgit Cullberg.
At 17, he followed a summer dance course taught by Donya Feuer. He pursued theatrical studies at the Marieborg Folks College in Sweden. From 1966 until 1973, he acted as the director for the Marionett Theater as well as the Royal Dramatic Theatre in Stockholm.
In 1973 Mats Ek joined the Cullberg Ballet as a dancer. Three years later he began choreographing for the company with immediate success. Saint George and the Dragon, Soweto and The House of Bernarda belong to his earliest ballets. In 1975, he formed part of the corps de ballet for the Ballett der Deutschen Oper am Rhein in Düsseldorf. In 1978, Ek became, together with Birgit Cullberg, artistic director of the Cullberg Ballet, until 1985 when the responsibility became his entirely. This position he fulfilled until 1993. During the season 1980-1981, he was associated with the Nederlands Dans Theater as dancer as well as choreographer.
In some of Ek's former choreographies, traditions of Kurt Jooss and of his mother, Birgit Cullberg may be apparent. He uses classical as well as modern dance techniques. For Ek, movement is a means of individual expression. Aesthetic value is not his first priority.
He has for thirty years been a highly esteemed choreographer throughout the world. He studied dance and theatre and directed theatre at the Marionette Theatre, the Stockholm City Theatre and the Royal Dramatic Theatre. Mats Ek's extensive production of ballets includes more than twenty works for the Cullberg Ballet, among them the sensational reworks of the great classics like Giselle (1982), Swan Lake (1987) and Carmen (1992). After leaving the Cullberg Ballet, Mats Ek became guest choreographer with major international dance companies. He created Sleeping Beauty for the Hamburg Ballet (1996), A Sort Of for the Nederlands Dans Theater (1997), and Apartment for the Paris Opera (2000). Several of Mats Ek's ballets have been adapted for television, two of them received Emmy awards.
Mats Ek is also acclaimed for his choreographic theater works, Don Giovanni (1999) and Andromaque (2001) at the Royal Dramatic Theatre being two of them. With his choreography FLUKE, premiered in November 2002 at Dansens Hus in Stockholm, Mats Ek has once again created a work for the Cullberg Ballet, this time in cooperation with the Pork Quartet.
In 2006, he won the Prix Benois de la Danse. 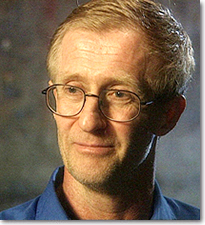