Maurice Béjart was born on January 1, 1927 in Marseille (France). He made his debut, first as a dancer and then as a choreographer, in Paris. In 1960, he formed his own company, the Ballet du XXe Siècle, in Brussels (Belgium). 25 years later, the troupe relocated to Lausanne (Switzerland) to be renamed Béjart Ballet Lausanne.

His first great triumph came in 1959, when Béjart created his monumental Rite of Spring for Maurice Huisman, the new director of Théâtre Royal de la Monnaie in Brussels. This ballet paved the way for the launch of Ballet du XXe siècle in 1960, which triumphed on numerous worldwide tours. The Rite of Spring was followed by his most famous work to this day, Ravel’s Bolero (1961),and later by Messe pour le temps présent (1967) and The Firebird (1970). Developing a marked taste for cultural diversity, Béjart went on to create works that expressed the core of different civilizations in the form of dance.

A natural teacher, Béjart founded the Mudra School in Brussels in 1970, and then in Dakar seven years later. In 1992, the Rudra School and Workshop opened its doors in Lausanne.

He was granted with the Order of the Rising Sun from Emperor Hirohito of Japan (1986) and was named Great Officer of the Order of the Crown by King Baudouin of Belgium (1988). On December 4, 1995, the Pope Jean-Paul II gave him the Peace Foundation award. He also received the insignia of Commandeur des Arts et des Lettres from the Ambassador of France to Switzerland. 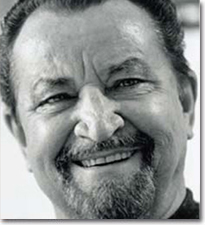