Yury Nikolayevich Grigorovich (born in 1927 in Leningrad) is a Soviet and Russian dancer and choreographer who dominated the Russian ballet for 30 years.

Grigorovich was born into a family connected with the Imperial Russian Ballet. He graduated from the Leningrad Choreographic School in 1946 and danced as a soloist of the Kirov Ballet until 1962. His staging of Sergey Prokofiev's The Stone Flower (1957) and of The Legend of Love (1961) brought him acclaim as a choreographer. In 1964 he moved to the Bolshoi Theatre, where he would work as an artistic director until 1995. His most famous productions at the Bolshoi were The Nutcracker (1966), Spartacus (1967), and Ivan the Terrible (1975). He controversially reworked Swan Lake to produce a happy end for the story in 1984. In 1995, he was accused of having allowed the theatre to plunge into stagnation and after many a squabble was ousted from office. Thereupon he choreographed for various Russian companies before settling in Krasnodar, where he set up his own company. Grigorovich has been heading the juries of numerous international competitions in classical ballet. After the death of his wife, the great ballerina Natalia Bessmertnova, on February 19, 2008, he has been offered the opportunity to return to the Bolshoi again in the capacity of ballet master and choreographer. 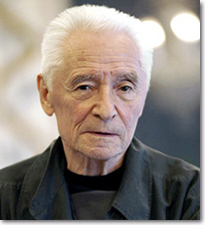