Growing up in Johannesburg in the 1970s and '80s, Gladys Agulhas was first exposed to dance at a young age. By the time Gladys entered high school, dancing had become her abiding passion. After school she studied at the Johannesburg Art Foundation from 1988-89. She has studied Integrated Contemporary Dance Teaching in Switzerland with renowned teacher/Independent Artist Adam Benjamin from London.

Gladys Agulhas is the founder of AGULHAS THEATRE WORKS (ATW/Choreographer/Dance Practitioner) and an independent performer, nominee and winner of numerous Contemporary Choreography and Dance Awards in South Africa, ex-senior dancer for the former Johannesburg Dance Theatre. She also worked with PACT Dance Company and performed with various other companies in South Africa. Agulhas was the recipient of the Women’s Day Award in Eldorado Park for the promotion of Arts in the community. Agulhas is involved with Dance in Education, and is co-founder of the Kliptown Arts Foundation.
She teaches at various institutions and Companies. She was involved in Shuttle 99, Dance Education Exchange programme between the Nordic countries and South Africa.
Agulhas is a proud member of World Dance Alliance Europe and of WoVA (Women’s Voice Arts Africa). In 2004 - 2007 ATW travelled, performed and conducted integrated Dance workshops in Switzerland, Holland and Sweden. She won the first Prize reception of the Department of Arts and Culture “MOSADI WA KONOKONO” (Woman of Substance) National Award 2007. 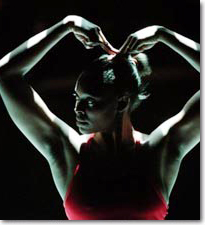