Born on 18 March 1930 in Cairo, Egypt, Mahmoud Reda is a pioneer of dance theatre in Egypt. Soloist, choreographer and director of hundreds of productions, Mahmoud Reda has toured in more than 60 countries, performing on the world's most prestigious stages. He has also been principal actor, dancer and choreographer in popular Egyptian films.

In 1959 he founded the first folk dance company, The Reda Band, which consisted only of 15 members , all dancers. Today, it has more than 150 talented members including dancers , musicians and technicians. The band has presented more than 300 shows including dances and folkloric songs, ballads , with different rhythm and different features creating an atmosphere of entertainment and happiness . The band also participated in two musical movies : Mid year vacation and Love in Elkarnak. Reda Band is endorsed by the Egyptian Government "as a band capable of representing the Egyptian Folklore both in music and dances." The group traveled throughout Egypt collecting folk dances, and then toured the world, promoting those dances as fine art, worthy of respect.

As a soloist, choreographer and director, Mahmoud Reda made four world tours to 58 countries with his troupe. He performed on the world's most prestigious stages such as Carnegie Hall (NY, USA), Albert Hall (London, UK), Congress Hall (Berlin, Germany), Stanislavsky & Gorky Theaters (Moscow, Russia), Olympia (Paris, France) and the United Nations (NY & Geneva). Mr. Reda received Egypt's Order of Arts and Science in 1967, The Star of Jordan in 1965 and the Order of Tunisia in 1973. In 1999, he was honored by the International Dance Committee of the International Theatre Insitute ITI/Unesco and by the International Conference on Middle Eastern Dance in May 2001.

Mahmoud Reda draws from techniques of jazz, ballet, Hindu dance
and folkloric dance from the Russia. His work has shaped and influenced what is known today as Oriental Dance (Raks Sharki). 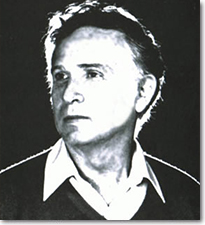